The exhibition design: 3 thoughts on 4 quotes.

„You can reinvent the past, suitably disguised, if no one remembers it. Thus is originality, that patented fetish of the self, defined.“1 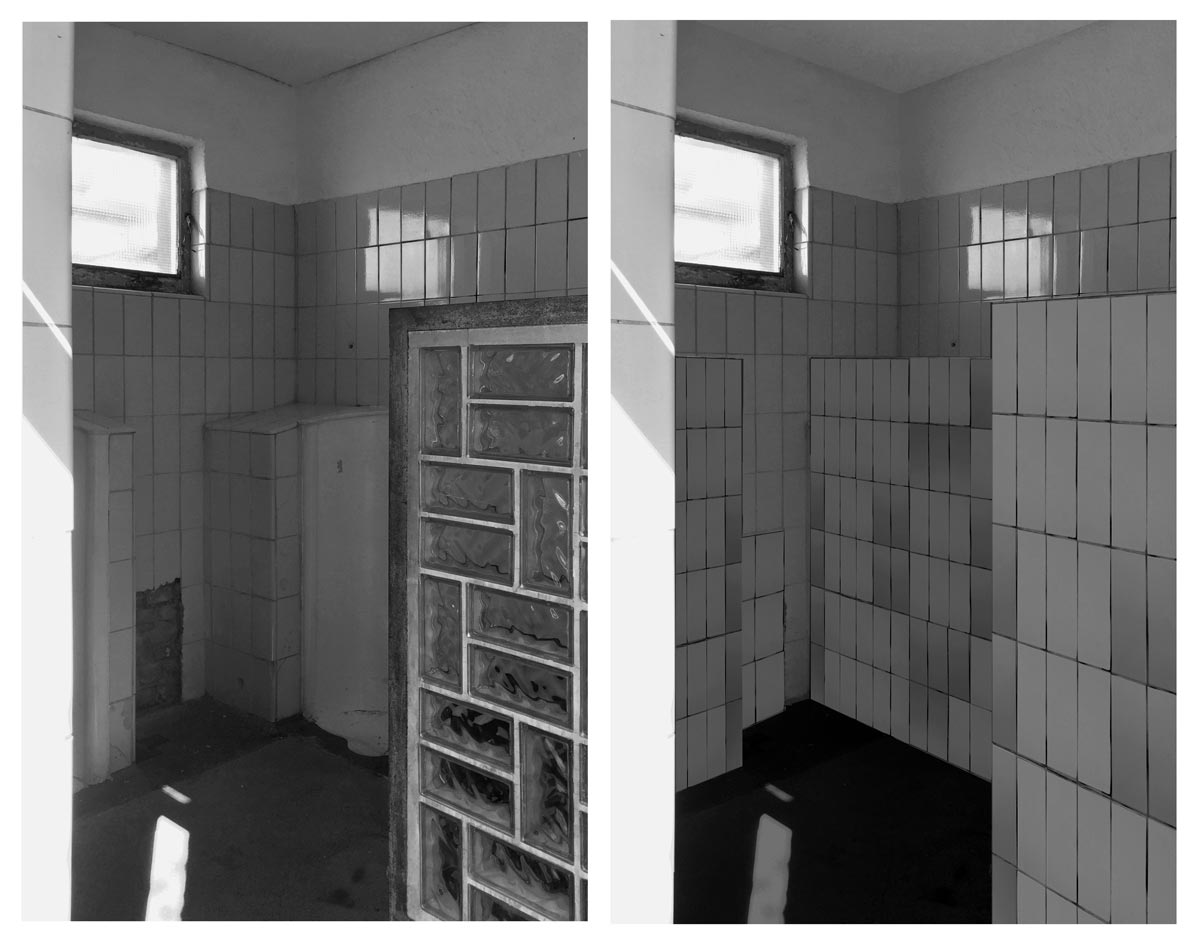 Simulation KLH – before – after, Matthias Castorph

„How much space should a work of art have (as the phrase went) to “breathe”? If paintings implicitly declare their own terms of occupancy, the somewhat aggrieved muttering between them becomes harder to ignore. What goes together, what doesn’t? The esthetics of hanging evolves according to its own habits, which become conventions, which become laws. We enter the era where works of art conceive the wallas a no-man’s land on which to project their concept of the territorial imperative. …

Once the wall became an esthetic force, it modified anything shown on it. The wall, the context of the art, had become rich in a content it subtly donated to the art. It is now impossible to paint up an exhibition without surveying the space like a health inspector, taking into account the esthetics of the wall which will inevitably „artify“ the work in a way that frequently diffuses its intentions.“ 2

The KH acts. A spatial collage cleaned from references to Marcel D. and his urinals –from a health inspector with covers. Looking for connections to Piet M.’s „Salon de Madame B.“ and relying on its inner structure – the grid. Hygienic aesthetics „inside the white cube“. Reminiscence of meaning through spatial volume – an attempt at volumetry without meaning. A piece of space – space generated by culling and cutting off – a counterpart for „dangerous, winnowed, uninteresting, unfit and cut off objects“. 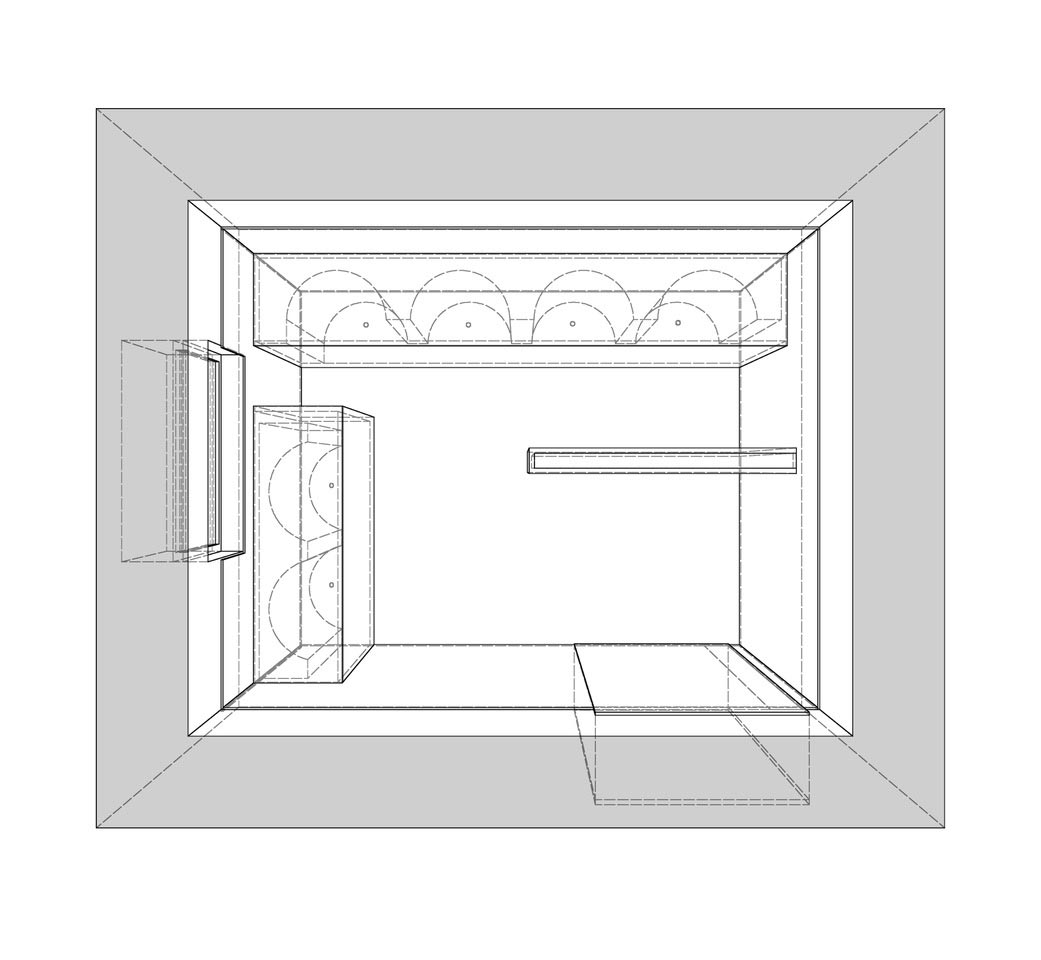 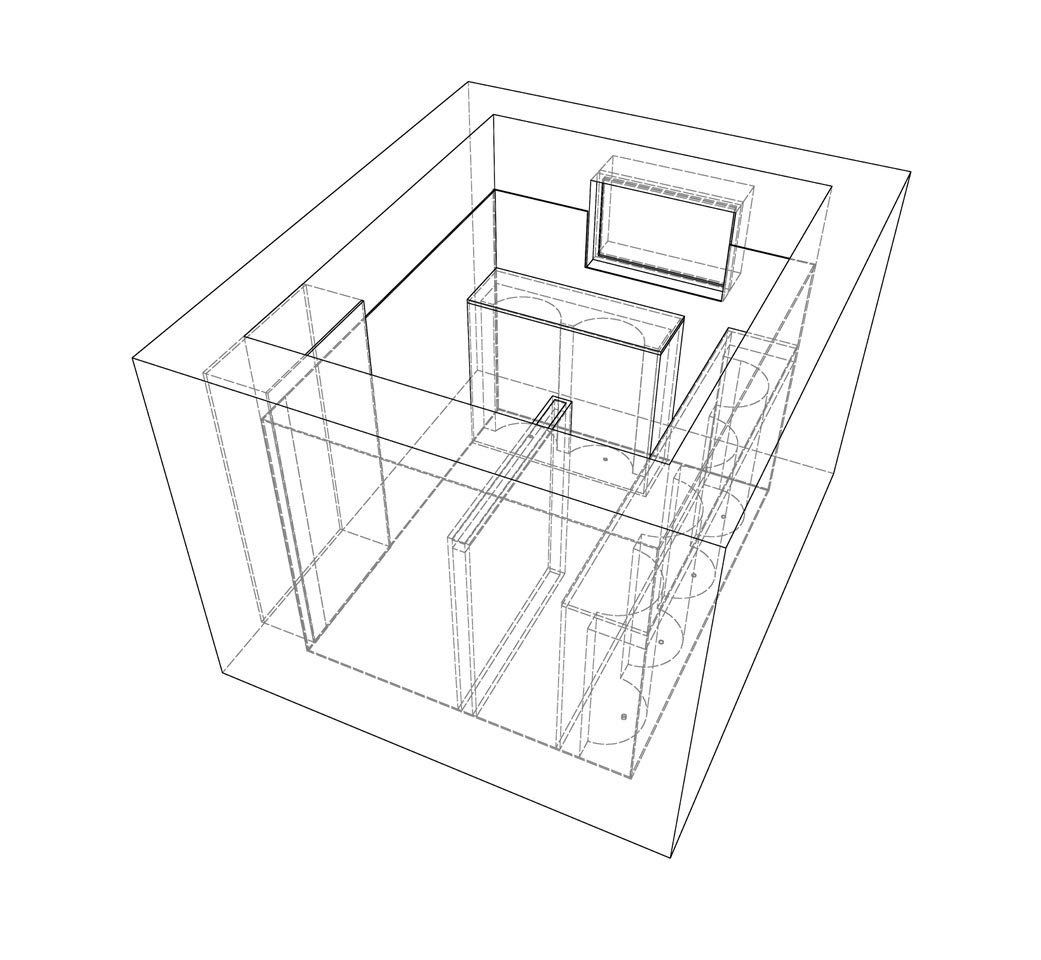 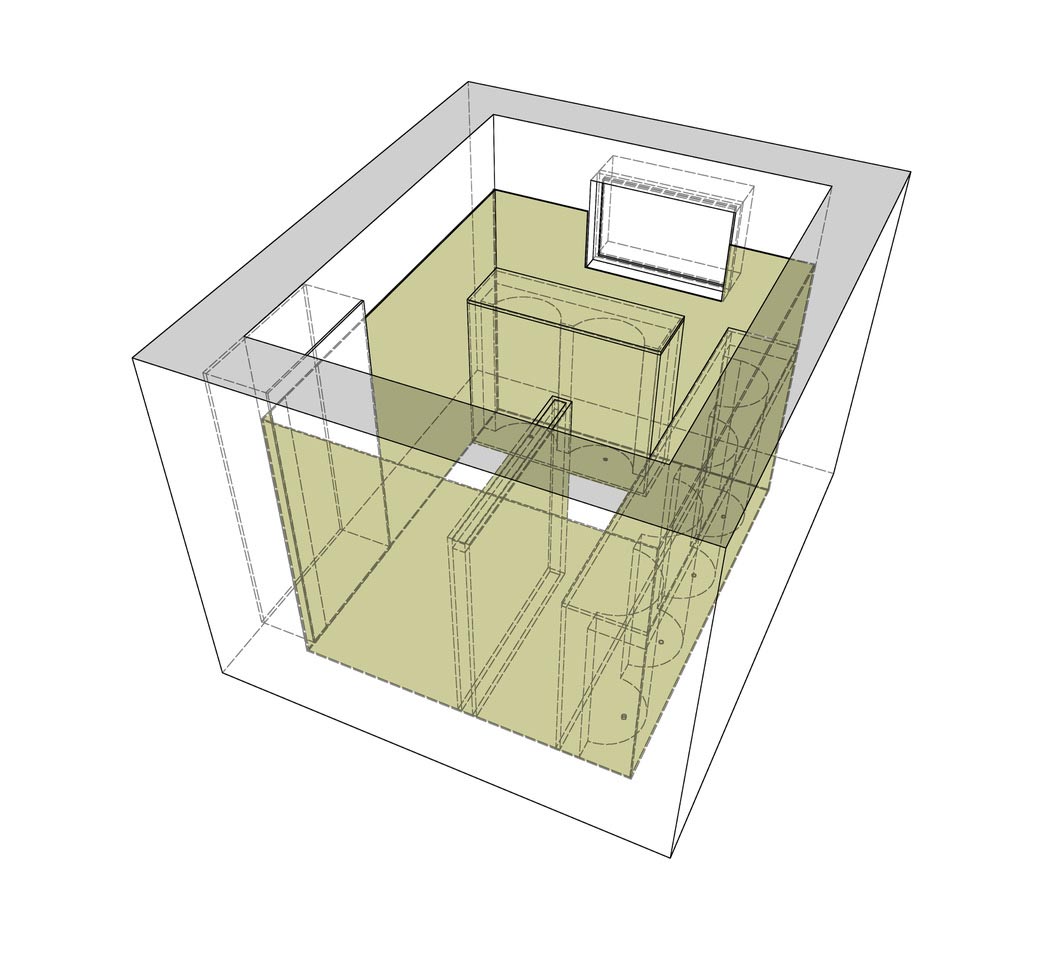 „And we are not far from the kind of border warfare that often Balkanizes museum group shows. There is a peculiar uneasiness in watching artworks attempting to establish territory but not place in the context of the placeless modern gallery.
All this traffic across the wall made it a far-from-neutral zone.
Now a participant in, rather than a passive support for the art, the wall became the locus of contending ideologies; and every new development had to come equipped with an attitude toward it.“ 3

The KH takes its own stand. In the bower’s display case space, as a decisive exhibit itself – the KH as space-determined body– as spatial model, as inside-out of its own space – walls as the sum of surfaces in the KH. The KH presents itself downsized, abstracted, condensed and upended: the innermost to the outside, as basis for „inspiring and entangled processual pieces”. The surface enunciates the thought up division of the space itself and ist body. Space poetry, space sealing: Pro Bau, sealing compound – solvent- free. 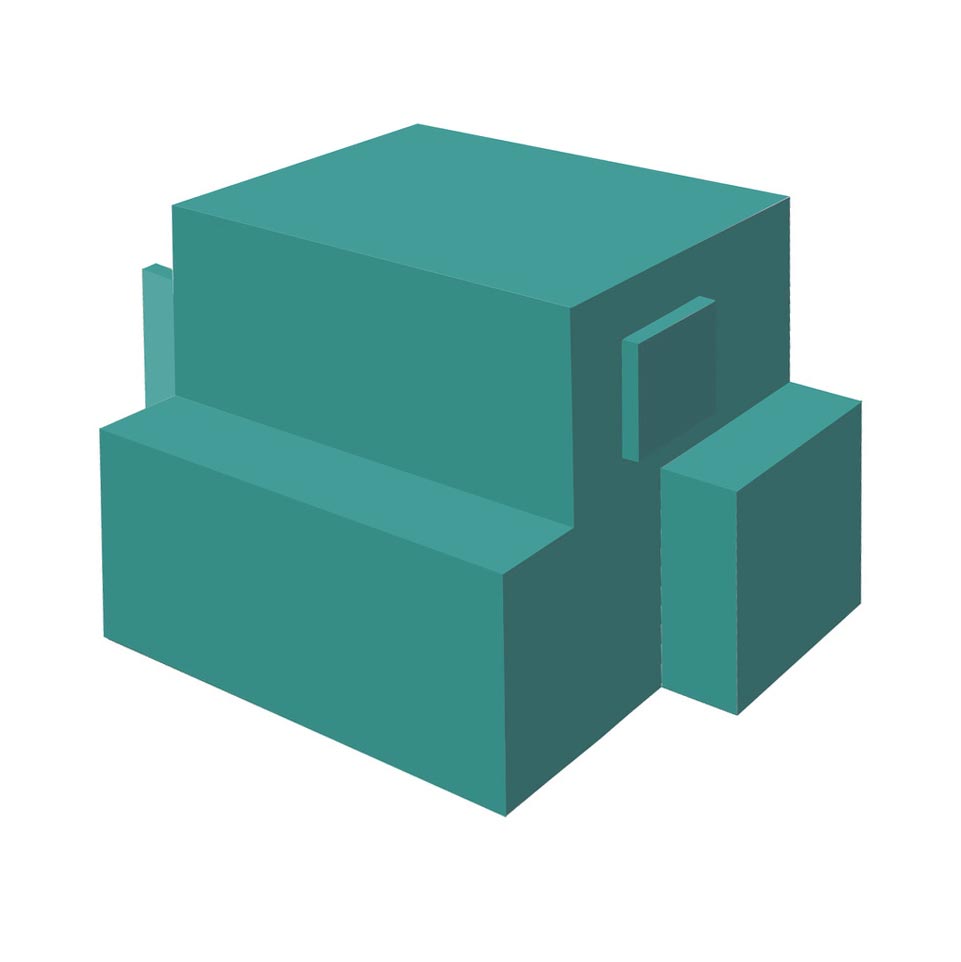 And at both sites:

„The wooden floor is … carpeted so that you pad soundlessly, resting the feet while the eyes have at the wall. The art is free, as the saying used to go, “to take on its own life”.” 4 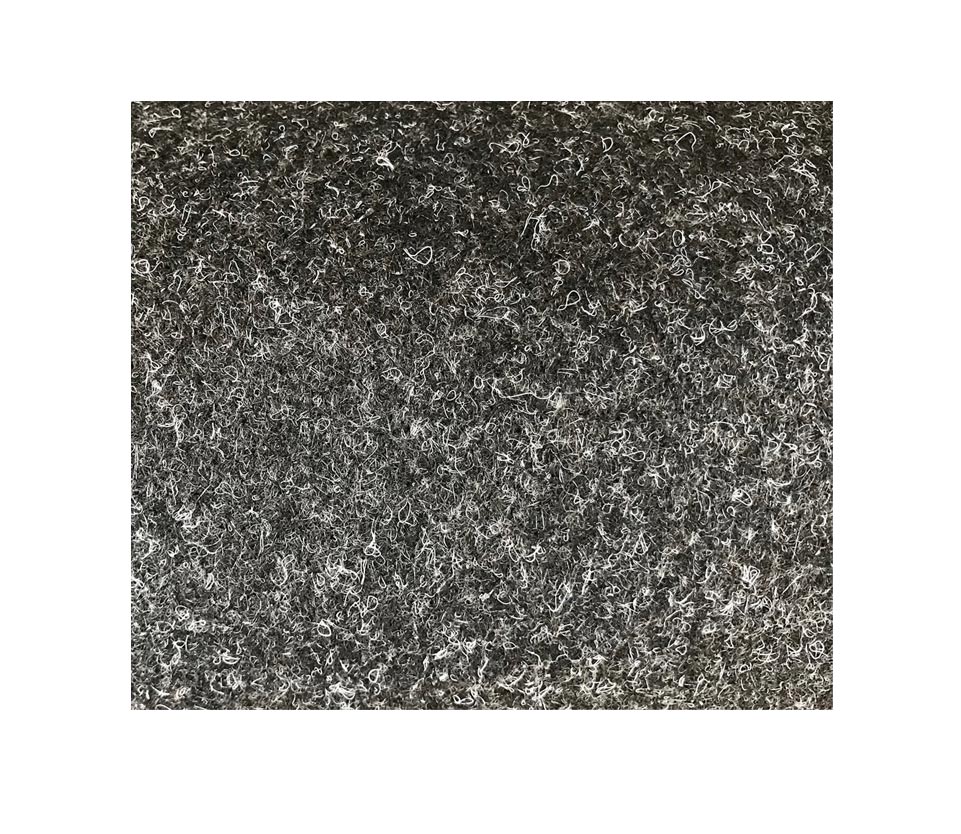