For its Biennial KHBi4 the KloHäuschen becomes an “exhibition space”. The architect Matthias Castorph challenges it to take itself seriously as such. 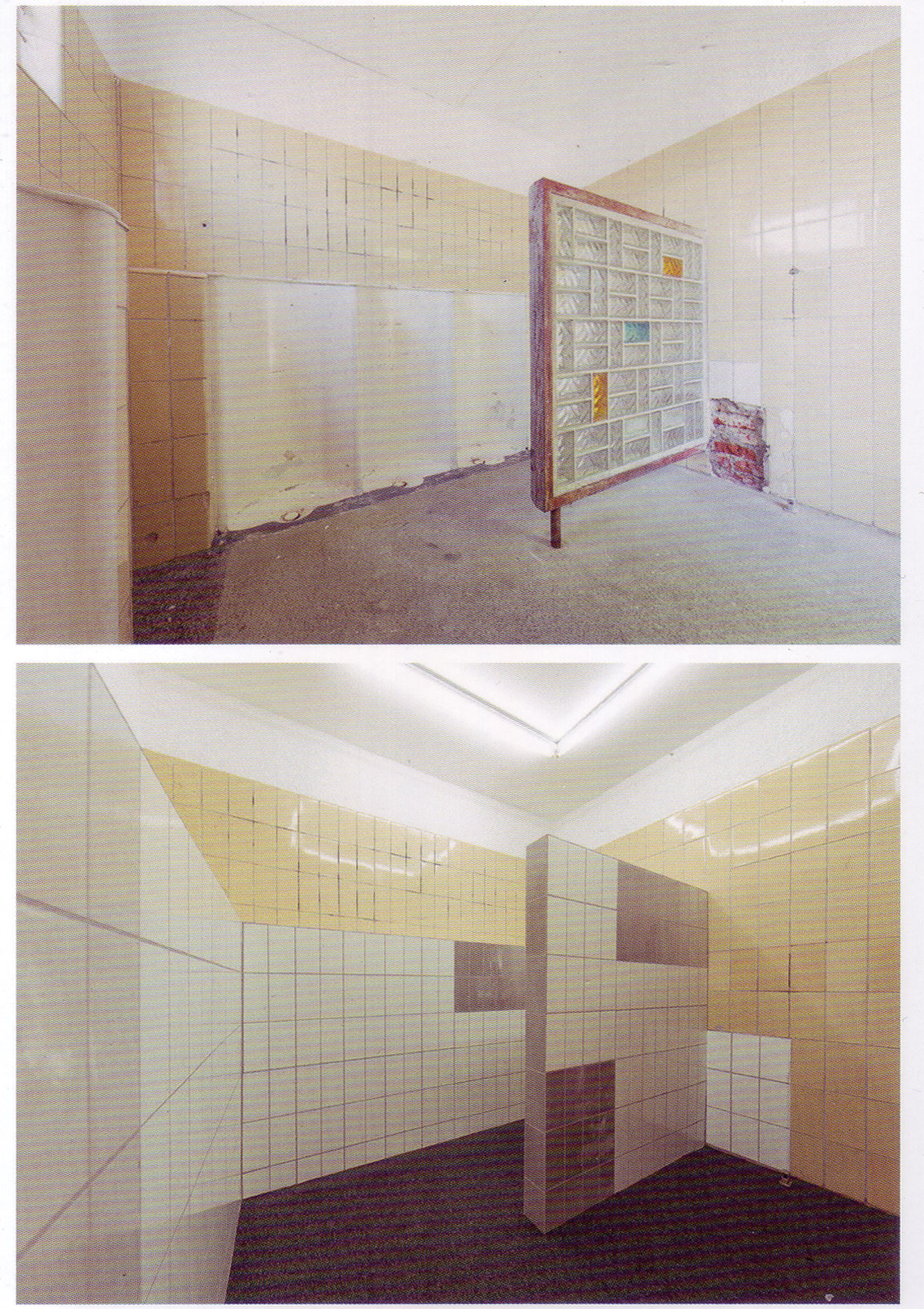 Regarding the concept of space it is important to reflect on the logic of a “western exhibition space”. That’s why I chose those texts by Brian O’Doherty from the mid-1970s in which he formulated the exhibition space as a white cube. And if this is the optimum, it’s about getting the KloHäuschen there – winking. And we will try that.

The problem is, there is one KloHäuschen and there are two spots. And it’s not the Biennial of the KloHäuschen AND the Gartenlaube but the Biennial just of the KloHäuschen. And since the KloHäuschen is here in Thalkirchener Straße, it can not actually be in Ottobrunn at the same time. But if it should be in Ottobrunn, too, what can it take along, how can it represent itself? It takes ITSELF along, in the shape of this model which adjusts itself to the scale of the Gartenlaube – otherwise it would not be there. Therefore, it has to take the shape of the model. But in this situation of a showcase it understands itself as an object and physically inverts itself. 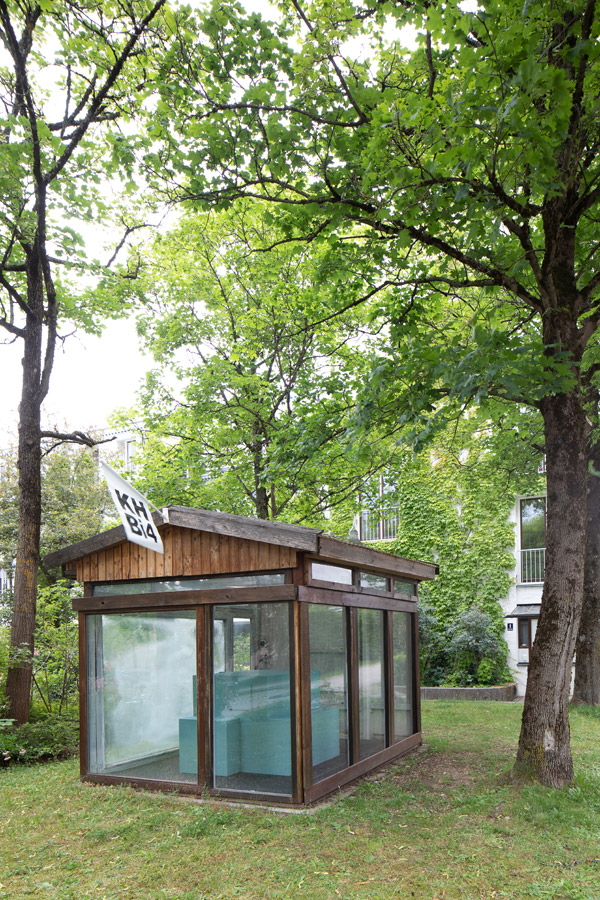 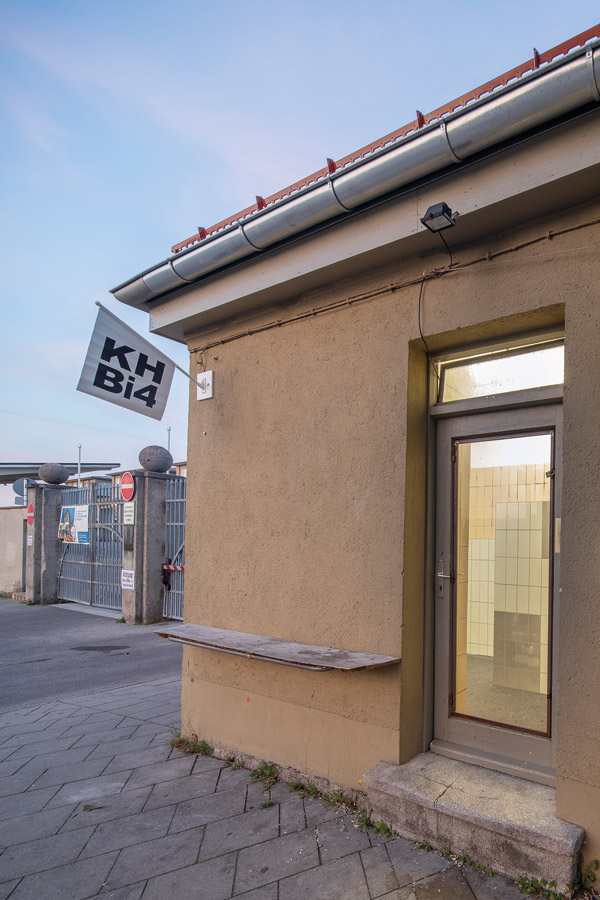 I think that it is a challenge – and we will see if we’ll succeed – to make an unruly room-object-being like the KloHäuschen into something like a neutral space that cautiously reacts to this kind of peculiar (exhibition) concept of Pietro and gives it a stage so that the art works can act. (…) That’s why I’m trying to change the spot of the KloHäuschen itself, which actually is not a “white cube”, into a “white cube” and to transform it at the surface.